I was Unprepared for This: The 610 Stompers

New Orleans, I’ve forgotten you. I’ve forgotten that any time there is outdoor drinking, one must bring a beer koozie. I’ve also forgotten that if an adult gathering calls for its participants to dress up, you’re a fool if you arrive in everyday wear. Most of all I have forgotten how crazy and creative your citizens are, forming clubs and krewes such as the 610 Stompers. 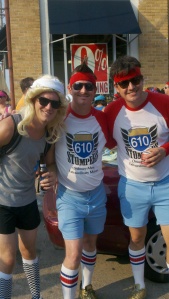 The two on the right are actual “610 Stompers.”

This Saturday I went on the 610 Stompers Midcity Bar Crawl. The Stompers were started by a group of men who sit in the 610 section of the Superdome for Saints games. They wanted to participate in Muses, which is the only all-female Mardi Gras parade. The men formed a dance troop themed around 80s and 90s music and mustaches, auditioned for Muses, got in and have since become somewhat of a sensation around the city. This November they’re going to perform in the Macy’s Thanksgiving Day Parade!

Crowd outside Crescent Pie, the second stop on the 610 Stompers Bars Crawl

On Saturday hundreds of people turned up to drink at five different bars in the MidCity neighborhood of New Orleans. The Stompers marched the crowds to each location, performing their dances along the way. This was a well-organized event. New Orleanians take their partying seriously. There was a mustache contest, contest for the best 80s costume and a dance off. The NOPD were supervising the event and one office was even asked to participate in the mustache contest.

Despite the fact that it’s an all-male group, the Stompers have a group of women who support them. These women, dressed in pink tank tops are in charge of crowd control during parades. There was also another group of girls who seemed to be on-day support, dressed in powder-blue tops and red tutus. 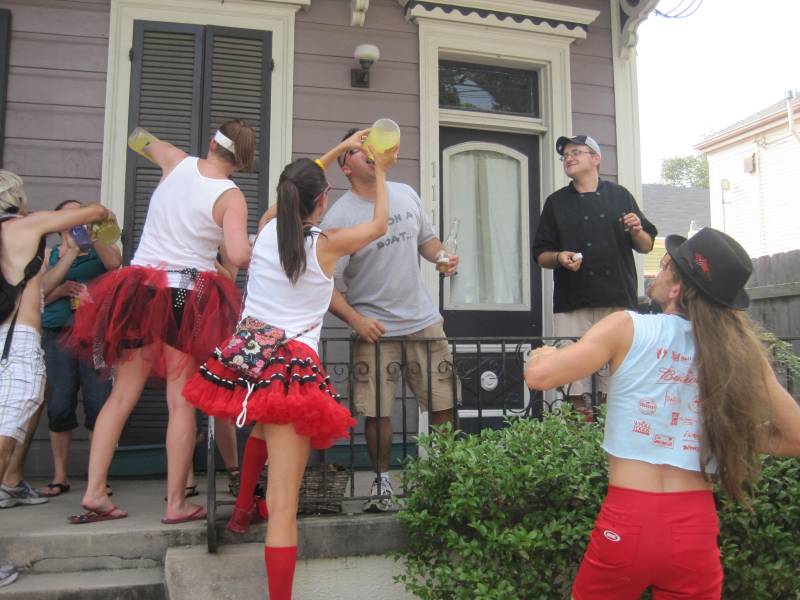 The 610 Stompers and accompanying ladyfriends always stopped to treat curious bystandards to a liquid concotion that you could bet was alcoholic.

I was in awe of the subculture the Stompers created. Anywhere else this would be ridiculous, but here the joy, fun and enthusiasm is too much to resist. I’m proud to live in a city where groups like this are the norm. 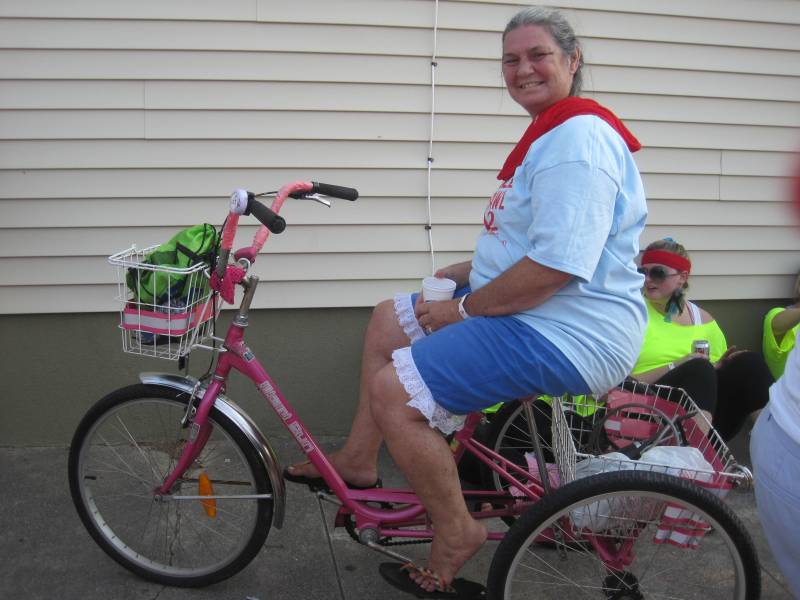 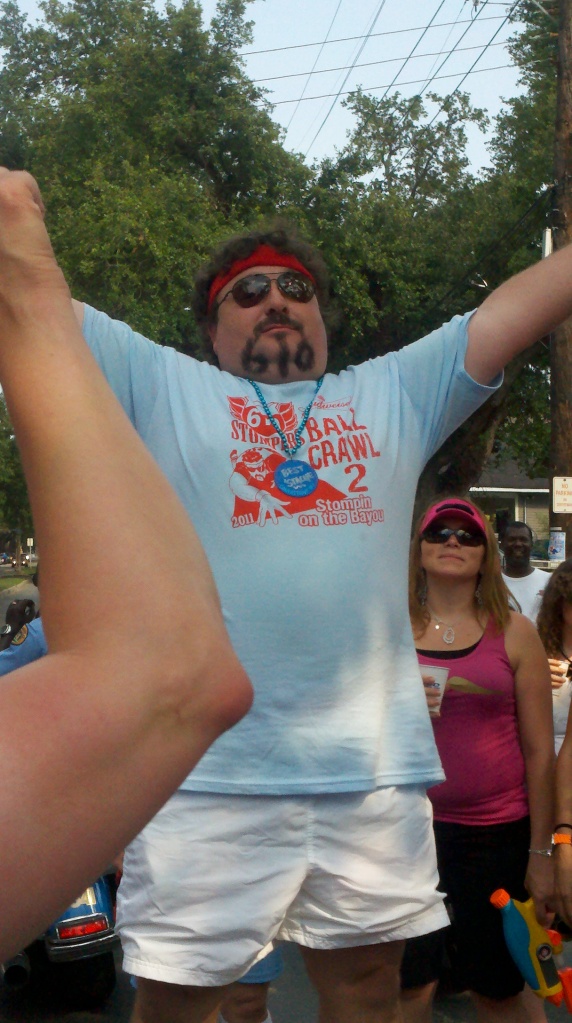 The winner of the 610 Stompers 2011 Bar Crawl mustache contest.

I also realized it’s time to start me a costume box for such occasions. I’ll have to make trips to second-hand stores and post my findings on the blog. You won’t catch me uncostumed again. 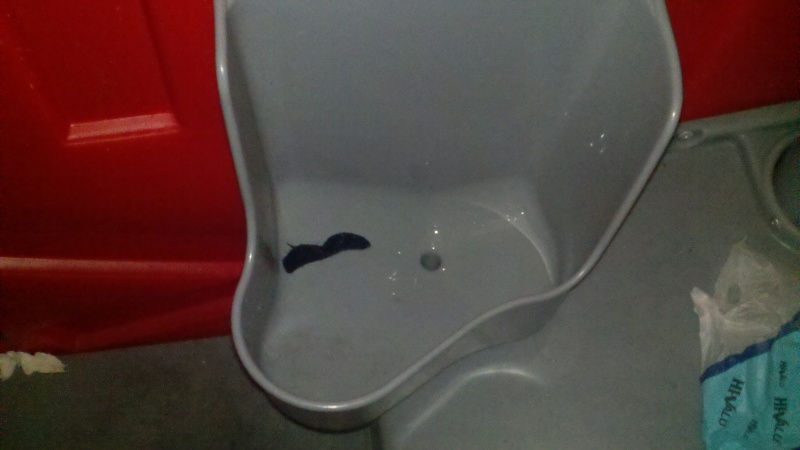 The remains of the day, from a porta potty near the end of the night.