I overhear some great stuff in this city. And I’m going to float the hypothesis that the caliber of eavesdropping varies form city to city. In D.C. I was around a lot of people on public transportation, which sometimes led to great stolen conversation, but not as often as you would think. It’s a major faux pas to talk loudly on the metro and most people have their earbuds in or are reading. Certainly I had my earbuds in and was reading…

The subject matter of the eavesdropping in NOLA also strikes me as unusually engaging.  In D.C. the blog DCist runs a regular “Overheard in D.C.” feature, but most of the content is funny snippets of peoples’ conversations about personal matters. In New Orleans when I’m doing my eavesdropping, I find myself wishing I could join in the conversation, or at least listen to the whole things. I also suspect I hear a lot of juicy tidbits because coffee shops are ripe with good listening and I am at coffee shops most days. I have overheard so many things: political campaign meetings; business deals; chess lessons and even crew members from movie sets taking a break.

Today’s Eavesdropping
I was at the Bean Gallery and I heard two people planning some sort of film shoot. They discussed getting typical New Orleans “shots” like the streetcar and the river. One guy mentioned that he had connections to Big Frida and could get him to participate. I desperately wanted to know what they were talking about! 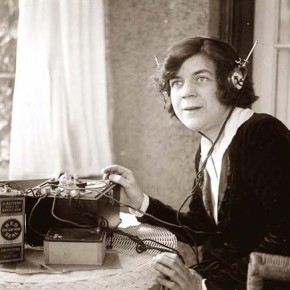 Later, at CC’s on Esplanade, overheard a woman saying to a man “Frenchmen street is not the Frenchmen street it was before Katrina.” In what way? Did she think it was better or worse? Is it something to do with gentrification?! I perked up a bit and heard her go on to say “… you’ve got all these guys with banjos…” Wait! There were banjos on Frenchmen before Katrina. Or did she mean street musicians? Because I don’t remember seeing as many good performances (like this one) on the actual roadside before Katrina. Sadly, I couldn’t butt in and ask.

Do you think eavesdropping is better in NOLA? What have you overheard where you live?

Error: Twitter did not respond. Please wait a few minutes and refresh this page.