With apologies, I bring you my weekend post on Wednesday.

My boyfriend and I haven’t yet bought a washer/dryer for our new place and sought to make a tedious task more entertaining by doing our laundry at  Buddha Belly Burger Bar, a bar/music venue/pool hall with an outdoor deck … and laundry machines.

While I won’t designate Buddha Belly the cleanest place I’ve ever done laundry (some smokers ignored the signs to limit their smoking to the patio space), the time passed quickly as we enjoyed our beers.

Combining a laundromat with another service seems very New Orleanian to me. When I lived here before I did my laundry at Babylon Cafe, a laundromat/Mediterranean restaurant. There is also Schiro’s Cafe in the Marigny: a bar, cafe, grocery store and laundromat.

Satchmo Fest
Both days of the weekend I attended Satchmo Fest, an annual French Quarter festival that celebrates Louis Armstrong’s legacy.  Even with oppressive heat, people still turned out. New Orleanians just find a way to cope by bringing paper fans, decorated umbrellas… and drinking. I wonder if an August festival in another city would attract such large crowds.

On Sunday, we walked* with the Satchmo Second Line. Something about the event felt commercialized–or, rather, touristy (which is the New Orleans version of commercialized.) It was very different from the second line I attended earlier in the summer.  The majority of the second liners were white and many seemed just as concerned with taking pictures as dancing. Plus, the event was well organized (not very New Orleanian). However, it was impossible not to be impressed by the talent, which included the Baby Boyz and the Treme Brass Band, and delight with the dancing. The Gambit has some great videos here.

*Question: What is the verb for describing that you “attend” a Second Line, but don’t perform in it? 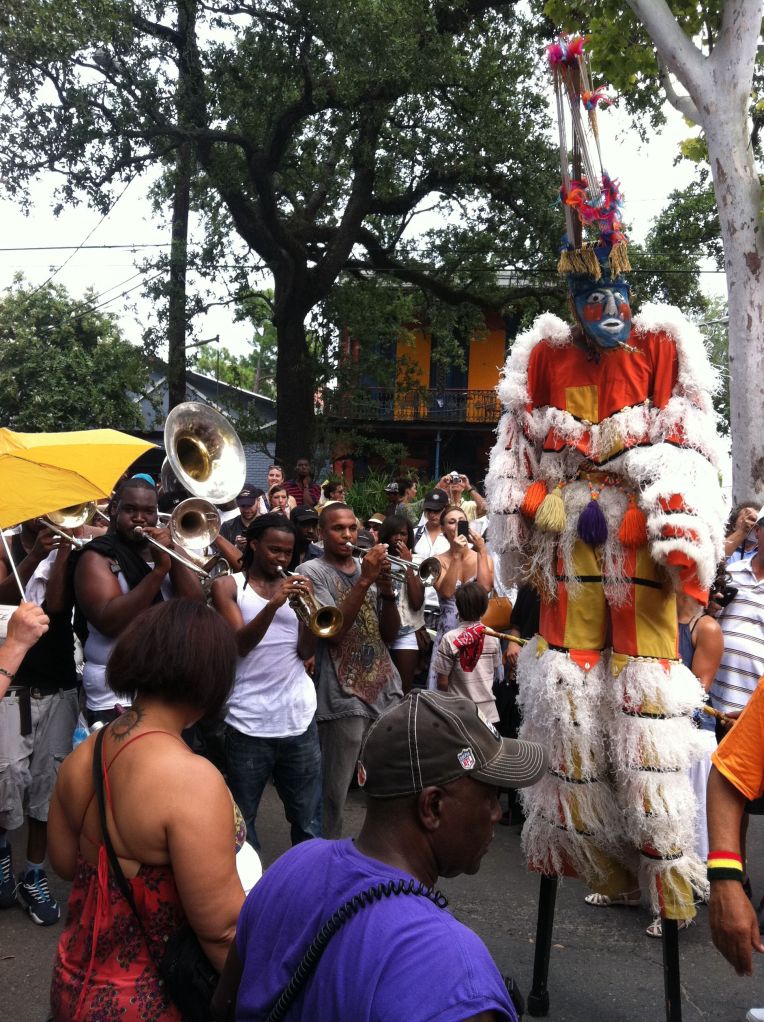 As the second line came to an end, festival organizers herded the performers into the Old US Mint. Very organized. 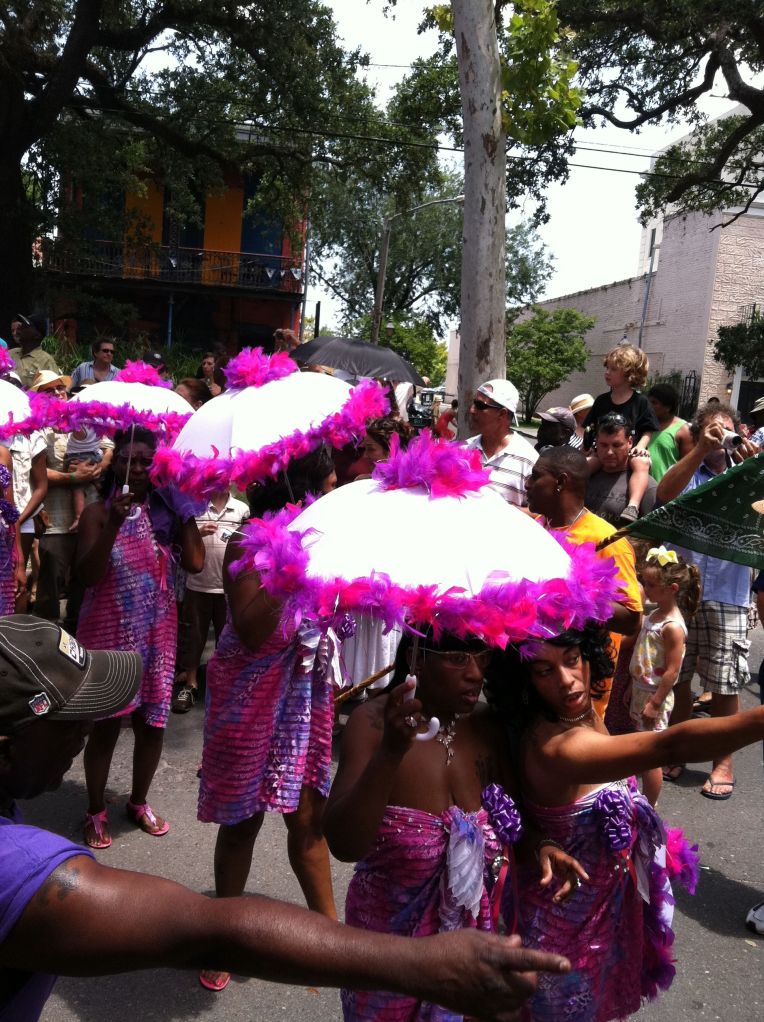 Figuring out how to lead the bands into the Mint.

White Linen Night
Saturday a group of us went to White Linen Night, an evening in which the galleries on Julia Street stay open late and attendees wear white as they meander in the streets. When I attended in 2004, I couldn’t find an all-white outfit and wore a black shirt and khaki skirt. I stood out. As I keep learning, New Orleanians dress up for events.

Afterwards our group ended up at Finn McCools where someone made a disparaging comment about our white outfits. I didn’t understand it at the time, but a verified New Orleanian friend said that White Linen night is considered a little uppity, so perhaps I was being judged in working-class Mid City?

610 Stompers Try Outs
I stopped by the 610 Stompers auditions and saw about 50 people practicing. Since were were only there for a few minutes I’d have to assume hundreds of people tried out! Good for them!